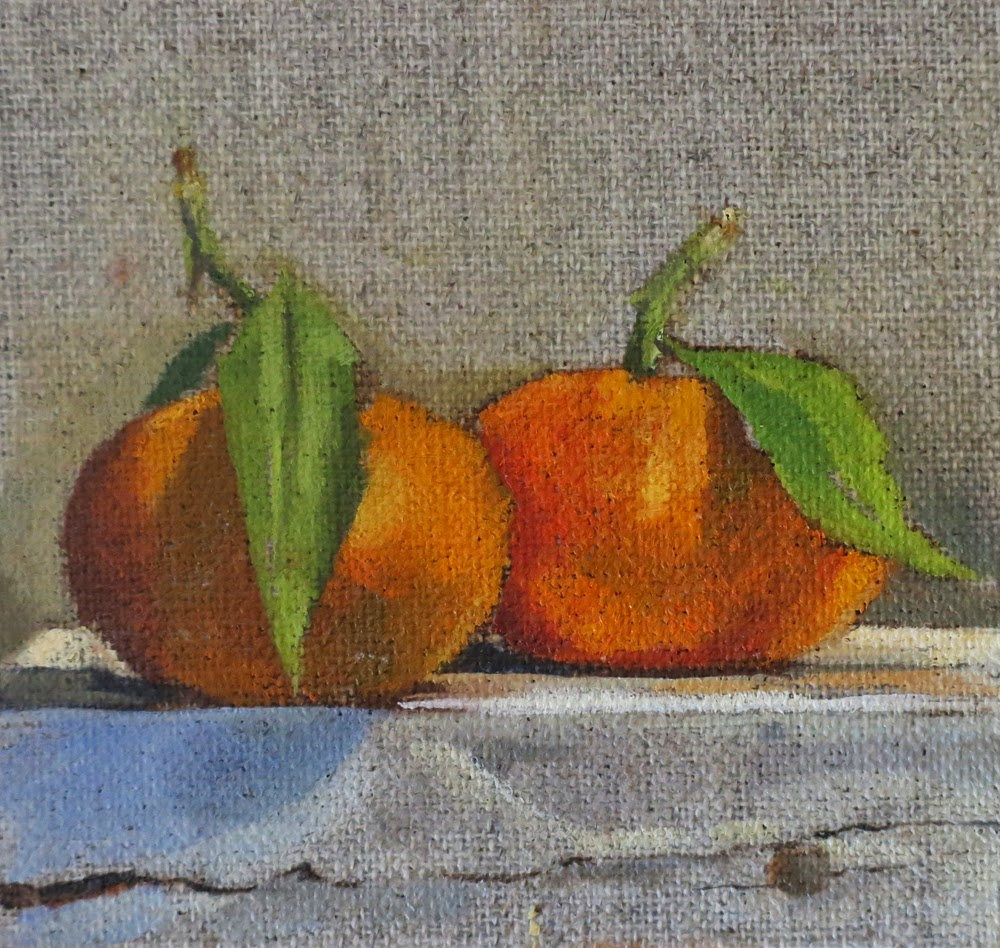 This was a quick study of originally three tangerines. The third was on the right with its peel detached and curling down.  I was barely into the painting when the peel began to distort--- a lot.  I thought I could remember how it was but with just a few wrong brush strokes it looked too weird. I tried to fix it but it began to lose the sketchy and thinly painted quality I was aiming for---now the right was over worked in comparison to the left.  Darn it. I liked the composition and I liked so much of the linen exposed which I couldn't then fix.  I put it aside and was about to toss it when I thought, what it I just cut it off. And there you have, my unintended tiny painting of two tangerines.

Posted by gabel karsten at 9:20 AM

It has always been in my nature to be making things any chance I can, so I was thrilled to find a huge internet community of artists posting their daily works. Inspired by the blogs of daily painters, I started my own in November 2011. Depending on the day, I will try and share what I've worked on, usually a painting, a drawing, or ceramics, and maybe some thoughts along with it. Thank you for looking and I hope you enjoy the work.